(Related: 1,000th Post!; Got It; Doing news right with Feedly and Google News) 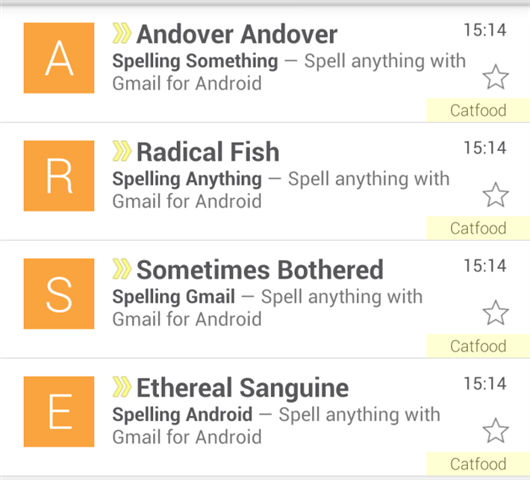 The Gmail Android client helpfully puts the first letter of the name of the person who emailed you in a big block at the left of the mail list (I guess if you have Google Plus friends you probably get a photo instead). But it's pretty easy to change the from name in your email client and trivial to do this programmatically.

Tips... spell your message backwards and use a different subject line for each email so they don't get grouped together.

(Related: Is it safe to open securedoc.html (Cisco Registered Envelope)?; Top 5 reasons to hate the Facebook like button; Sending email via GMail in C#/.NET using SmtpClient)

Gmail is taking the compose window out of the corner of your window. 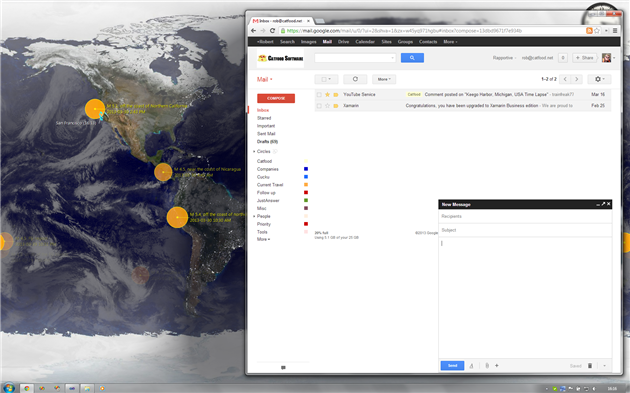 Google's use crime of a new compose window is going to become compulsory soon.

I suspect this is because it will soon be revealed that Google is rolling out a chain of high street Chiropractic facilities to treat the crick in everyone's neck from composing email in the bottom right hand corner of one's screen.

Either that or it's a bid for mobile dominance by forcing PC users to work in mobile screen sized portions of their screen until you just give up and use your phone.