How many people don't read this blog?

This is a joke metric that I first proudly displayed on Catfood Magazine back in 1997 (it's broken on the archive of the site). Everyone had a hit counter back then, but as far as I know we were the first site with a non-hit counter.

The dirty secret was that the counter just showed the world population. The readership was a rounding error.

My new count of non-visitors uses the US Census Bureau's world population estimate and subtracts unique visitors from the Google Analytics API. The count is cached for an hour so it doesn't slow the page down too much.

And the 8 billion number is being widely reported today, however my current unread count is a paltry 7,932,915,881. That's because the US Census world population estimate is a lot lower, by over 66.8M people. That's approximately France! 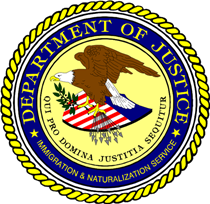 New Scientist on Immigration — The April 6 issue of New Scientist has a special focus on immigration. All worth a read, but here's an assessment of the horrible cost: "A meta-analysis of several independent mathematical models suggests it would increase world GDP...