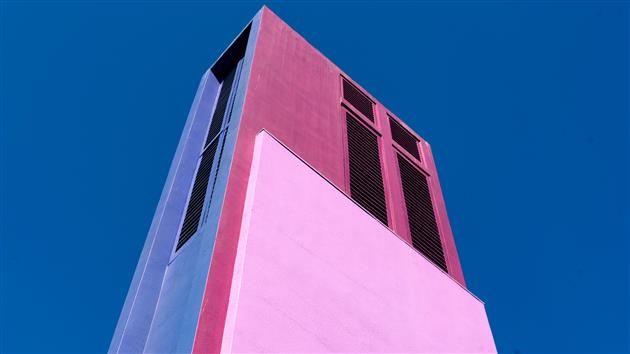 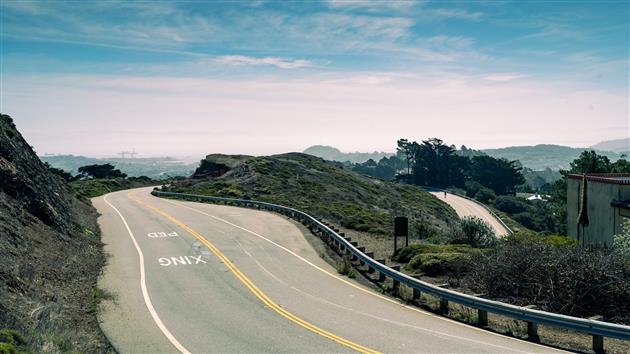 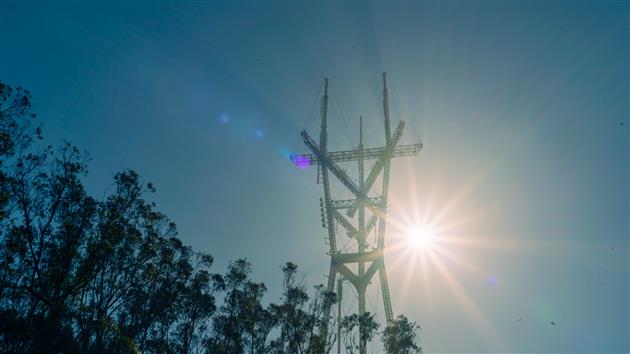 I have previously described Twin Peaks as not much of a hike, which is absolutely true if you drive there. When I first moved to San Francisco I lived in Noe Valley and used to cycle up to Twin Peaks and then try to get home without pedalling. For many years after that I'd take visitors up to the top and developed a somewhat weird tradition of taking each new child there soon after they were released from the hospital.

Post lockdown I'm up there most weeks. This is my five mile loop which starts heading up Ulloa from West Portal to Portola. Portola breaks the climb briefly as you pass the striking herchurch and controversial Twin Peaks gas station before heading up Twin Peaks Boulevard to the 922 foot summits. For a while Twin Peaks Boulevard was entirely closed to traffic (although you really had to keep an eye out for high speed skateboarders). Unfortunately it's now open all the way to Christmas Tree Point. Head down the north side to Clarendon and follow this all the way down to Forest Hill and then back to West Portal.

(You might also like: Humpback Whales in Golden Gate; 3D Printing a 72-58mm step down Camera Filter Adapter; Vernal Equinox 2017)

Remnants in the Sunset — During the pandemic induced lockdowns last year we started hiking locally using random trails generated by Routeshuffle. Sometimes these were repetitive death marches along indistinguishable avenues...

Twin Peaks — Not much of a hike, but Twin Peaks is about as high as you can get in San Francisco and offers wonderful views on a clear day or night. Park here and then escape the throngs by walking up one or both of the peaks....