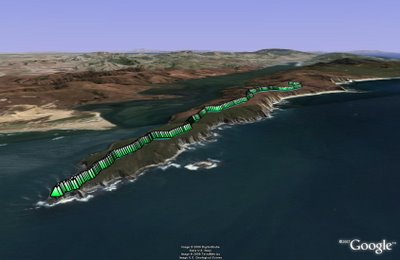 Tomales Point is a ten mile hike in Point Reyes. The trailhead is at the end of Pierce Point Road. It's my least favorite topological combination - the trail is mostly downhill on the way out and at the end you turn around and come back. It's worth it for the views of Tomales Bay and the Pacific, also for the flora and fauna along the way.

We did this hike a few years ago with my parents, thinking that we'd avoid some approaching rain. Of course the heavens opened as soon as we reached Tomales Point and it rained solidly for the five mile return leg. I remember emptying water out of boots and pockets and then steaming up the car for the two hour drive back to San Francisco. 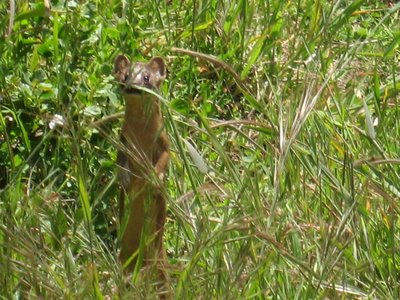 A Long-tailed Weasel at the start of the trail. It kept running away and then coming back to take another look at us. Very cute. 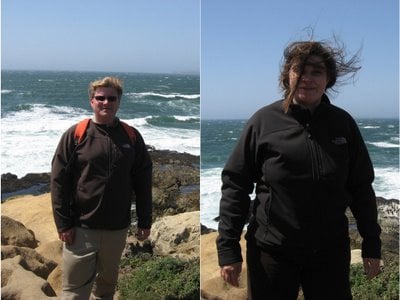 Rob and Gill at Tomales Point. It was too windy to find a spot to get the camera to take a photo of both of us at the same time. Tomales Point looks out to Bodega Bay where The Birds was filmed. 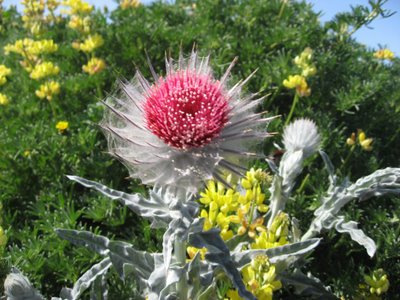 This plant looks like a silver thistle with a bright red flower. If you know what it is please leave a comment and let us know! Lots of people were in garden-center mode for the hike, admiring the incredible variety of spring flowers along the trail. 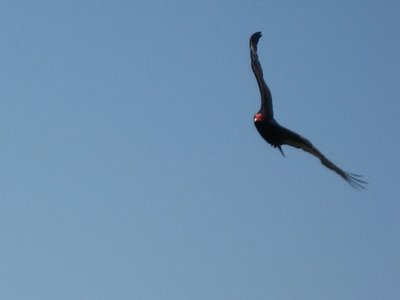 A Turkey Vulture, hoping that we don't make it all the way back to the car... 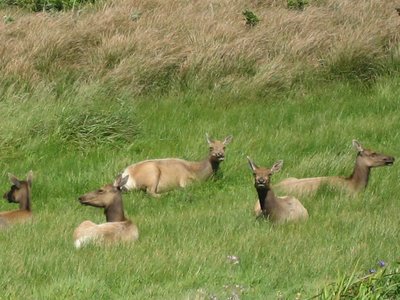 Tule Elk, native to California and slowly recovering from near-extinction in the late 19th century.

Golden Gate Park - Stow Lake, Stawberry Hill and Museum Concourse — An alternative to our normal loop is another three mile walk starting from JFK and Transverse. Instead of heading towards the beach walk up under the bridge and take the first right to Stow Lake. Stow Lake...

Crissy Field — Crissy Field, part of the Golden Gate National Parks, is a recently restored stretch of beach and parkland next to the bay. It's a very popular place to take dogs for a good swim. Currently there is a big debate about dogs in the...

The plant is rather obviously a red thistle. Also know as Cirsium occidentale venustum. More details are available here http://www.laspilitas.com/natu....

The plant is rather obviously a red thistle. Also know as Cirsium occidentale venustum. More details are available here http://www.laspilitas.com/natu....