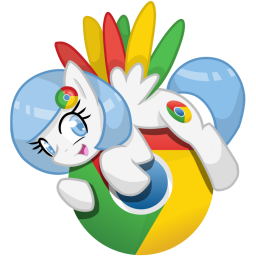 I've been using my Samsung Chromebook at work for around ten months now. It's not my main computer but it's a meeting survival powerhouse for email, instant messaging and note taking. The battery lasts approximately forever, it boots immediately and the decent keyboard and trackpad are just miles ahead of fumbling around on a tablet.

There are two problems for me with the Chrome universe. One will probably get fixed, one could be a deal breaker.

The first issue is VPN support. Apparently we use some sort of old, fiddly Cisco VPN that ChromeOS simply won't talk to. I filed Issue 261241 in the Chromium bug tracker and hopefully it will get fixed soon. If you're struggling with the same thing please star the bug report.

I can work around the VPN problem by using LogMeIn or Chrome Remote Desktop. But I can't live long without Skype. Actually I'd be perfectly happy to never use Skype again but my company runs on about fifty thousand Skype chats. I used Imo.IM for a while but they were forced to drop Skype support. Right now I'm using IM+ which as far as I'm aware is the only working Skype option for a Chromebook (please tell me if I'm wrong) but it's buggy and can't restore a connection between sessions. I either need to find a way to kill Skype at work or wait for (or write) a better web-only client.

Probably worth sticking it out, Gartner reports a 8.6% fall in PC sales but predicts Chromebooks growing to over 12 million units by 2016.

Going Chrome — I came to Chrome OS by acircuitous route. Initially I though a browser in a box was a silly,under-poweredtoy. But then I needed a meeting machine for work. To start with I decided to use an old Macbook. It was running OSX 10.5 (Leopard) which...