The current pushback on the nasty choice between nude backscatter photos vs. ‘enhanced’ TSA groping got me thinking.

If I really wanted to blow up a plane (which I don’t) I wouldn’t mess around with printer cartridges or shoe bombs. I’d combine some explosive containing breast implants with a trigger disguised as a pacemaker. Some terrorist cell somewhere must be working on this or something like it.

How would the TSA respond? Would we need an MRI before boarding?

I think the radiation scare is overblown – far lower than the risk from hanging around at 30,000 feet. But it’s not ridiculous to refuse and getting to third base with the TSA doesn’t seem like it’s making us much safer.

(Related: The real reason Americans don't have passports; I didn't think I'd ever fall for fake news on Facebook; 1,000th Post!) 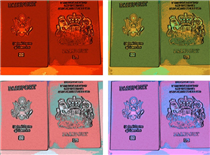