Reviews and links for July 2010

Returns to the characters of Less Than Zero twenty five years later. I don't think it's a plot spoiler to say that they're not happy and well adjusted people. I found Glamorama to be pretty tedious and Lunar Park only marginally better. It was a huge relief that Imperial Bedrooms just flows. It's a welcome return to his earlier narrative style. Dread and paranoia are visceral presences from the start and then layers of fear and horror build until it can't get any worse and then somehow does. Brilliant.

Given its pedigree it's missing two segments - the yellow ocean (no competition, no customers) and the purple ocean (high competition, no customers). They must be saving those for a sequel. I read this because a few people had recommended it and if you think the ideal market to play in is one with no differentiation and high competition then it's a must read. Otherwise the only real value is being conversant with the buzz word. Evaluating past successes with 20/20 hindsight and talking about their 'blue ocean strategy' is a classic business book selection bias. If you learn anything from the case studies it should be that breakout innovation doesn't come from your ocean, hedgehog principle or current cheese location.

Well constructed if average plot. This is the Empire Strikes Back of Reacher novels and ends on a bit of a cliffhanger - the next in the series is out later this year and hopefully picks up the pace a bit.

I own the 2005 and 2008 flavors of this book as well. It's the best overall C# reference I've found and this 2010 version is a welcome update. As with the 2008 book it could use a better guide to new features, but still very highly recommended.

Ina May's Guide to Childbirth by Ina May Gaskin

It's a somewhat troublesome mix of advice and propaganda. The advice seems mostly solid, practical and grounded in a great deal of experience. The book ends with the most important - don't think that your body is a lemon, pregnancy isn't a disease, you can do it. Ina May's statistics from "The Farm" are compelling as well, but the birth stories are a bit far out. They typically sound like: 'Sunflower, hanging from the birthing gallows while member of the Farm suck her nipples and I bring her to repeated orgasm, didn't even notice that her baby had been born'. For most people there's probably a middle ground between technocratic doctors and hippie midwives. When the book veers into propaganda it seems there's no anecdotal story too weird to make the case for natural childbirth and no study rigorous enough to suggest that there might be nothing to this modern medicine fad. Some suggestions - like that obstetricians don't believe that nutrition has a role in healthy pregnancy - are just so ridiculous that they case doubt on the rest of the book. And yet, her statistics are so very good while US hospitals force you into a caesarean section to prevent lawsuits and not miss happy hour. I guess the only conclusion to reach is to give birth in The Netherlands and then move to Sweden to take advantage of their twenty year maternity leave...

- Vatican mulls sex abuse of impaired adults from All Salon (Hint: if you don't know the number for your local police department 112 will work on most mobile phones.).

- Call for school rugby scrum ban from BBC News | News Front Page | World Edition (Where was Professor Pollock when I was at school?).

- Grandmothers link orcas to humans from BBC News | News Front Page | World Edition (Could it be that the mothers also have mothers? Like necessarily?). 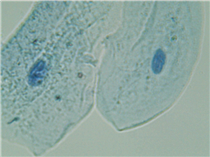 Reviews and links for September 2010 — NurtureShock: New Thinking About Children by Po Bronson 4/5I'm a big fan of Bronson and I became a father last Thursday, finishing this book the day after. NurtureShock is packed full of the latest research on child development from infants (I can't...