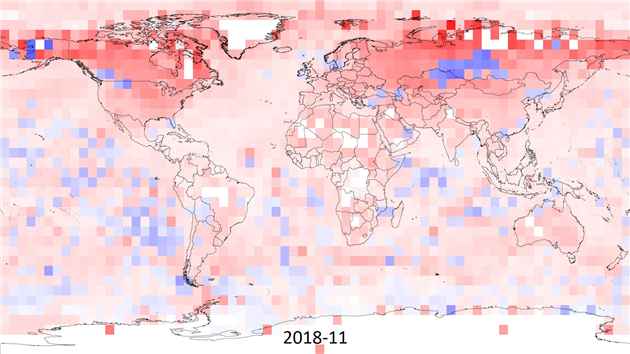 Animation of a year of Global Cloud Cover — Here's an animation showing a year of global cloud cover (from July 2017 to July 2018) : The clouds are sourced from the free daily download at xplanet. I run a Google apps script that saves a copy of the image...

Time Zone Time Lapse — The video below shows twenty-four hours from noon UTC to noon UTC on June 7, 2010 using webcams from the Catfood WebCamSaver database. It proves that I really will do anything to avoid finishing off the new Catfood web site....