I've been occasionally checking in for the third part of Ashby's Machine Dynasty series and discovered that instead of finishing that off she wrote Company Town instead. Which is a good thing. This is fast paced and feels effortless. It's the story of a future town bought by a family dynasty and the bodyguard to the heir apparent. Hard to say too much more but I loved it.

Bell has a remarkable ability to fatally self-contradict himself in the space of a single sentence. 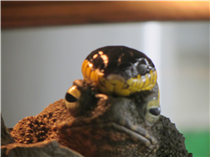 Reviews and Links for January 2012 — Damned by Chuck Palahniuk 3/5Very much a vehicle for Palahniuk to rant about this and that through the voice of a 13 year old girl condemned to hell, supposedly for overdosing on pot. Entertaining, but felt that the plot served the ranting...

Book reviews for May 2014 — The Quarry by Iain Banks 4/5This was a hard book to start because it's so sad to know that there will never be another Iain [M] Banks novel. I fell in love with his work after picking up The Wasp Factory with some birthday money in...