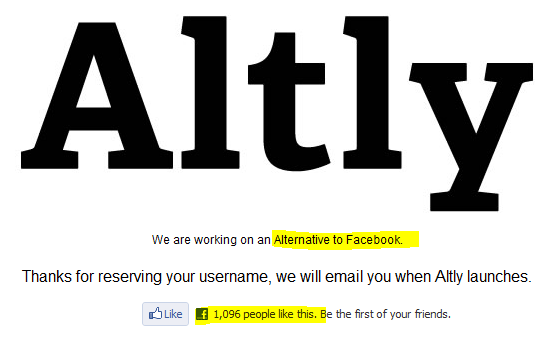 Text: We are working on an Alternative to Facebook. Thanks for reserving your username, we will email you when Altly launches. 1,096 people like this. Be the first of your friends.