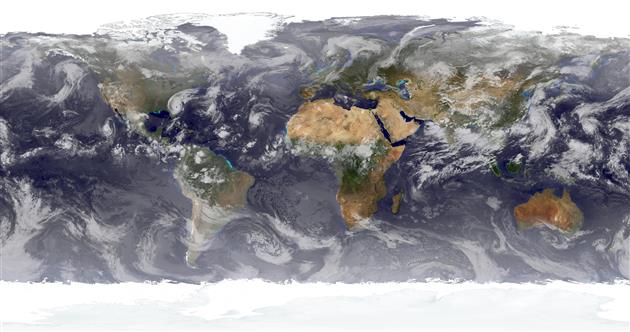 I made a version of this video a couple of years ago using xplanet clouds. That was lower resolution and only had one frame per day so it's pretty quick. This version uses the new 4K cloud image I developed for Catfood Earth just over a year ago. I've been patiently saving the image six times a day (well, patiently waiting as a script does this for me). It's pretty amazing to see storms developing and careening around the planet. The still frame at the top of the post shows Dorian hitting Florida back in September.