I've just released Fortune Cookies for Android 1.30. The last update was in... 2013... it turns out the Android ecosystem has moved on a bit since then and it wasn't even in the Play Store any more as a result. This update has a nice modern theme but is otherwise just an Android version of the classic UNIX fortune command. The database of fortunes is ancient and just running this might get you canceled / fired / etc so use with due caution. If you have this installed it will update as soon as the release is approved.

(You might also like: GetvCard shutting down at the end of 2013; Ordoñez Gun; Convergent Evolution in Retail) 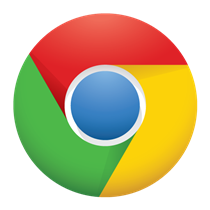 Going Chrome — I came to Chrome OS by acircuitous route. Initially I though a browser in a box was a silly,under-poweredtoy. But then I needed a meeting machine for work. To start with I decided to use an old Macbook. It was running OSX 10.5 (Leopard) which...