2017 Total Solar Eclipse from Madras, OR 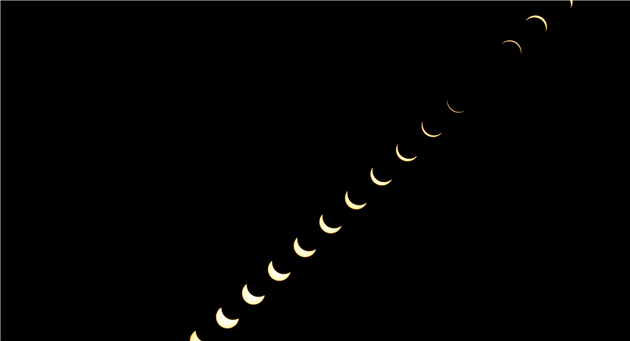 360 spherical video of totality. This is best in a virtual reality headset.

The three timelapse videos edited into the version at the top of the page. The first one was shot on a GoPro. The second is from a Sony RX100V with an ND5 filter and the third is the Sony timelapse processed to keep the sun at the center of the frame.

Super Flower Blood Moon Eclipse — Timelapse video of the super flower blood moon lunar eclipse on May 26, 2021: I left my GoPro Hero 8 out overnight in the hopes that the San Francisco fog would cooperate. It did, somewhat! There is some cloud cover scudding...

ISS Lunar Transit (4K Video) — I tried this with a solar transit last year and discovered that my expensive phone can't keep time. Learned my lesson - for this lunar transit I shot video a few minutes before and after. The video is 4K and has the...