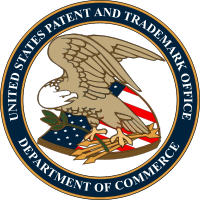 BBC On Patents — 'The patent system in the USA is so distorted it's now more lucrative for companies known as 'patent trolls' to sue manufacturers rather than actually make anything. The problem's so serious that President Obama has got involved -- and British...

Bringing a SHIELD to a conker fight — I've supported the SHIELD Act before, which would force patent trolls to pay legal bills forunsuccessfulshakedown attempts, but a TechCrunch article todaymade me think this through some more. SHIELD would be a seriousdeterrent for trolls...