Take a moment to watch Brian Kilmeade and Janet Jackson below.

The wardrobe ‘malfunction’ resulted in the FCC attempting to impose a $550,000 fine (eventually overturned on appeal). Kilmeade’s “Not all Muslims are terrorists, but all terrorists are Muslims”, a genuine obscenity, resulted in a half hearted apology.

We’ve learned very painfully that throwing out Glass-Steagall was a horrible mistake. We need to learn a similar lesson about the Fairness Doctrine.

The current political climate is driven by unbalanced vitriol from both the left and the right. The Fairness Doctrine was eviscerated because of a belief that there was sufficient competition in broadcast media so that all sides of an issue could get fair time. But when you watch a news network that matches your political affiliation this just isn’t the case. If you’re in the news business then there should be some standards, including fairly presenting both sides of an issue and at the very least not repeating lies and insinuations with the authority of mass media.

24-hour news stations are especially bad because most days there just isn’t that much news. This leaves a choice between repeating the news that exists which is boring, or making stuff up which is a lot more fun. Unfortunately It’s also corrosive.

The FCC should be empowered and required to levy substantial fines where news outlets engage in factually incorrect reporting, where a reasonable amount of due diligence (or the slightest familiarity with terrorism) could have a prevented the error. This would reign in some of the worst, and also benefit from generating its own news coverage. We also need to consider brining back the Fairness Doctrine for any news outlet above a threshold audience size – print, television, radio or online. 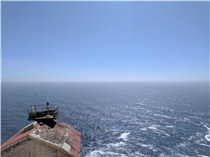 Carr is Wrong: Costolo is Wrong: Wikipedia’s SOPA Blackout is a Great Idea — I was very happy to see TechCrunch 2.0 launch today as Pando. Much less happy with Paul Carr’s applause of Dick Costolo’s tweet that Wikipedia's support of Internet Blackout Day is “…just silly. Closing a global business in reaction to single-issue...