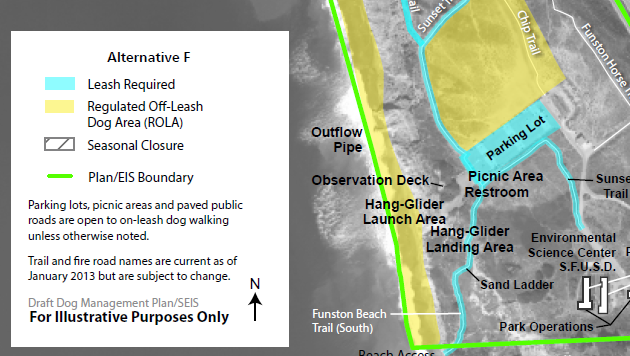 GGNRA Dog Management Round 3 — Today is the last day to comment on the latest version of the dog management plan for the Golden Gate National Recreation Area. I've just squeaked in under the wire. My main concern is that the National Park Service is sneaking in provisions...

GGNRA Dog Management Plan Update — I love it when making some noise works. The NPS is pushing its dog management plan back a year to incorporate the feedback from the current draft. A couple of encouraging considerations mentioned in the most recent...