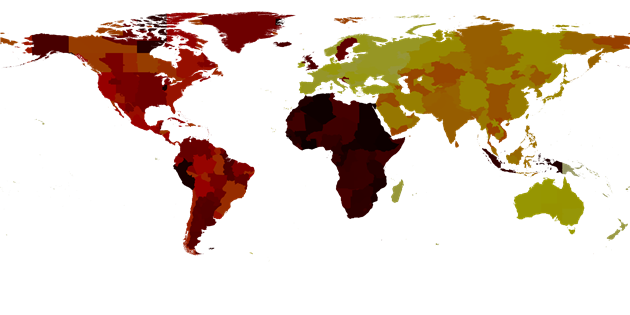 I'm increasingly in favor of opening up immigration. Partly it's a general sense that a person shouldn't be tied to a country by the accident of birth. Being free to migrate seems to me like it should be a basic human right.

Partly it's the economic benefit. I'm in the software/Internet industry and I've been lucky enough to work in Silicon Valley via visa, green card and eventually citizenship. I hope I've also been a net benefit to my adopted home. I've certainly paid plenty of tax and helped to create a fair number of jobs. Vijay Govindarajan writing on the same topic lists a few more[1] illustrious transplants:

Not that you need to create a billion plus dollar company to have a positive impact.

There are of course economic risks - primarily cheap labor lowering wages (albeit also lowering prices) and freeloaders benefiting from social programs without contributing back.

Of course some jobs require physical proximity and can't be outsourced and some level of freeloading will always be possible. This brings me to the third reason I support open immigration. It would bring a huge amount of focus to international development. If people are free to live and work where they want then there will be a huge motivation to improve living conditions and economic opportunity around the world. It might be the only way to make real progress in this area.

This policy could be unilateral, or it could be based on reciprocal treaty - the latter probably being more[2] practical, and hopefully fostering immigration in both directions.

[1] More in the sense of greater, not additional.

[2] More in the sense of closer to, I don't think it's actually very likely to happen.

(You might also like: Tam Pan; Email marketing - don't shoot yourself in the foot; Skype for Android - Getting Closer)

California 2012 Propositions — My favorite proposition would be one to do away with propositions altogether. We need Legislative Service instead. But there is an election on Tuesday and a fresh slate of propositions for California and San Francisco that need to be decided. My thoughts...